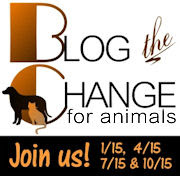 Hi Friends,
Ryker here.
Today is the day to Blog the Change for Animals.  Have I got a sad one for you fresh off the press 1-12-2011.
MONTANA CREEK, Alaska —
Animal care staff in the Mat-Su Valley worked through the night Monday to remove more than 150 dogs from a breeder's home. Alaska State Troopers arrived Monday evening at the Montana Creek home of 53-year-old Frank Rich of Willow, near Mile 92 of the Parks Highway, to investigate a report of animal neglect. Troopers say when they arrived at the house on Kashwitna Drive, there was no food or water for the dogs. There were about 150 dogs on the property. Troopers say nearly all the dogs were malnourished and dehydrated. The animals were shivering and eating snow and their own feces. An additional 22 dogs that had already died were found on the properly, apparently dead from exposure, starvation and dehydration. They say there could be more dead dogs on the property. About 30 of the dogs are puppies. Some are just a few weeks old.
Troopers arrested Rich for 50 counts of cruelty to animals and remanded him to to the Mat-Su Pretrial Facility. He was arraigned Tuesday morning on the Class A misdemeanors, and a judge entered a plea of not guilty.
"I volunteer at the MatSu Shelter.  The dogs look pretty fluffy, but when you pet them you can feel EVERY rib, hip, vertebrae, etc.!!!!!!  I am incensed!  Frank Rich deserves to be treated as his dogs were treated!" 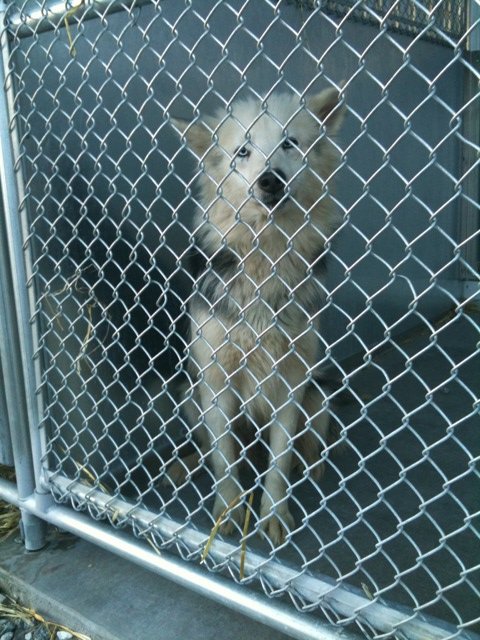 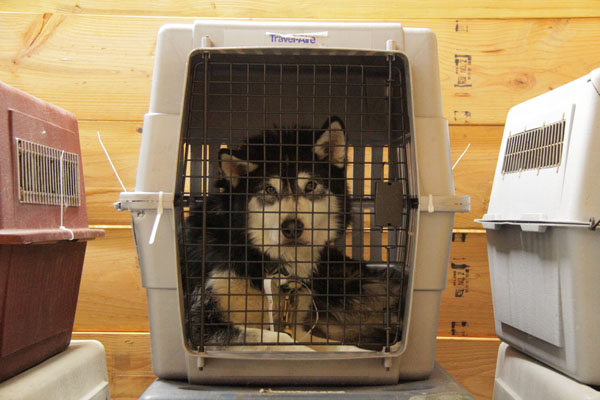 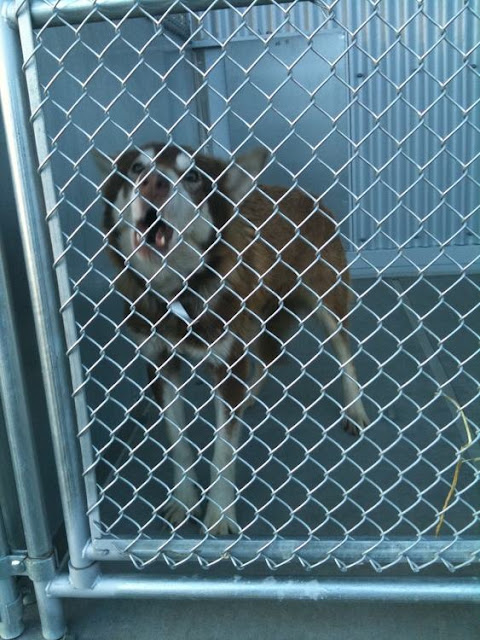 Rich is held on $5,000 bail. If he posts bail, he cannot own dogs.
Rich told troopers he lost his job in October and was having a tough time supporting the dogs for his breeding operation.
Mat-Su Borough Animal Care & Regulation Manager Richard Stockdale said Animal Care removed the dogs from Rich because of the lack of care. There were 157 of his dogs at the shelter Tuesday morning.
"It is huge, I mean right now we are at full capacity, you see we're closed today just so we can process them through," Stockdale said.
He said most of the dogs were huskies. "Most animals are emaciated and dehydrated," Stockdale said.
Animal Care is asking the community for donations of money and the dogs' current brand of food, Hills Science Diet Advanced Fitness. The shelter needs the specific brand of dog food, money, zip ties, tarps, outside kennels, blankets and metal food bowls to help with the influx of dogs.
Supplies to help out can be dropped off at the Willow Fire Station and the Anchorage Animal Shelter.
Officials are also asking the public to come in and adopt other dogs -- not the dogs removed from Rich's house -- to alleviate pressure on the facility and let workers treat the incoming dogs. The facility is offering a discount on adopting the dogs that were already there.
Officials say Rich's dogs will not be up for adoption any time soon -- it depends on the outcome of the trial, or if Rich signs over control.
How to contribute money
• Mail to Animal Care & Regulation, Attn: Richard Stockdale, 350 E. Dahlia Ave, Palmer, AK 99645
• Cash donations can be deposited in the Mat-Su Shelter Advocates Fund at Wells Fargo, account No. 9373598334. Account was set up by Linda Henning of Alaska Dog News and Julia Durand of Alaska Dog and Puppy Rescue. This is not a tax deduction contribution due to the red tape involved with setting it up for immediate needs.
• Animal Food Warehouse/Pet Zoo is accepting cash donations and matching them up to $500 at each of its locations. The fund is designed for Mat-Su shelter officials to use to charge supplies as needs arise.
Alaska dog and puppy rescue (all volunteer organization) routinely takes dogs from the shelter and fosters them within our group. They are given love, a warm home, and any medical care, including spay/neuter, microchip and 5-way shots and rabies if they are old enough.  They are then brought to our clinics on Saturdays to find their forever homes - sometimes right away and sometimes it takes a while.  If you are interested in helping the Valley  shelter lower its current population so that they can focus on these poor new Montana Creek dogs, yet you can't make a forever commitment and adopt a dog then fostering might be right for you.  The more people who are willing to foster the more room we can help make in the Valley. Fosters can be in Anchorage or the Valley.  More information at akdogandpuppyrescue.com and we're on facebook. If you already know you want to foster or have experience fostering, please leave a message at 907.745-7030.