Yup, we made it into the New Year.  I know we haven't posted in a while, but are doing fine.  It has been snowing like crazy here and it's coming down as mama does this blog entry (finally!) for me.

I got a new 'glow in the dark' Frisbee and a basketball for Christmas, turns out I am a great soccer player and goalie.  Who knew?  I can even herd this thing, although it took a few days to get the hang of it. 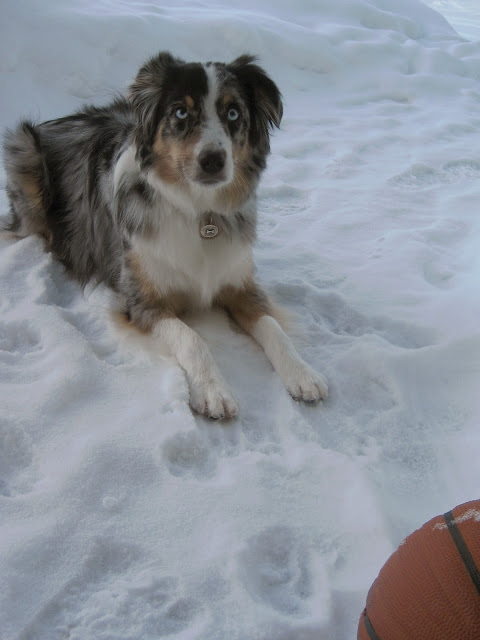 Mama had to use her little camera because her good one was in her car that was stuck up in the mountains.  Dad took it out at four in the morning to fix something up there and got it stuck.  So her camera sat up there in the ten below zero weather over night since dad didn't know it was in there.  Anyhow, that kinda explains the picture quality... 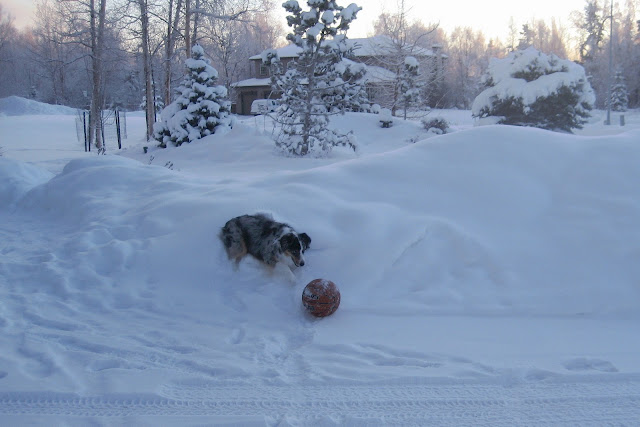 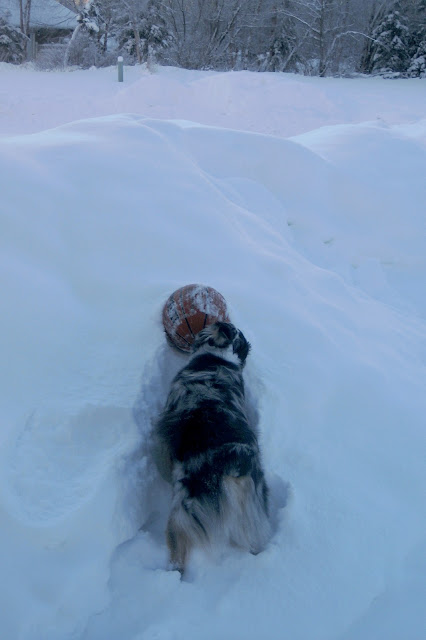 As we spent more time outside playing in the driveway mama said the camera had more and more trouble focusing due to the cold. She finally had to give up taking pictures and just join in the game. 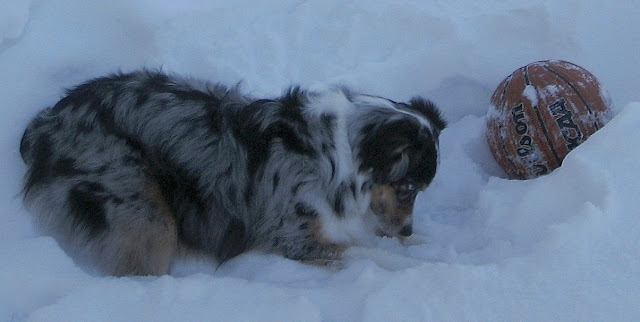 Then my footsies started to ice up and freeze...man!  I rarely complain about the cold but it is really bitter cold out today! 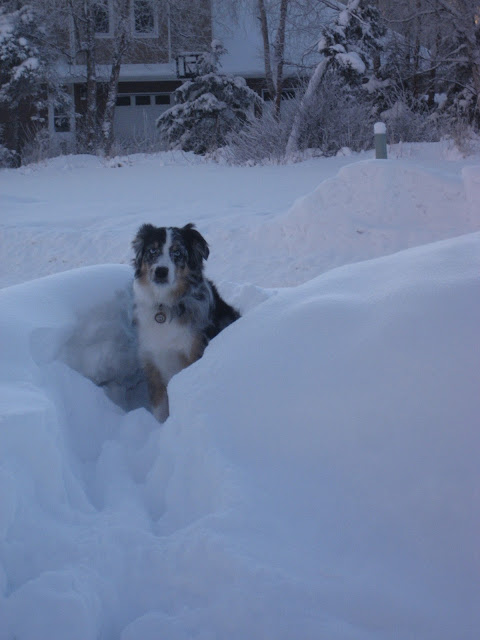 Hey, Mama!  Lets go back inside and warm up, I think I've had enough for now.

Mama did get her camera and car back after two days.  Dad, after several failed attempts to dig it out and a near moose attack relented and called a tow truck.   Now I just have to bite her in the butt to get back outside and shoot some more pictures of me!

Many Thanks to the Five Sibes (http://fivesibes.blogspot.com/) Kreative Blogger Award!